What makes 01545 such a special zip code? It represents Shrewsbury, Mass., that’s what!

Early on what set Shrewsbury apart was the fact that it wasn’t a traditional farming village or mill town. In fact, Shrewsbury—known as a “streetcar suburb”—grew in large part due to its proximity to Worcester, the bustling city to its west! This all dates back to 1727 when Shrewsbury first incorporated, and nowadays, Shrewsbury has got plenty of more reasons that make it a very special place to live and work.

First up—fabulous schools! According to U.S. News & World Report, Shrewsbury has one of the best high schools in Massachusetts, coming in at a very impressive number 27 on its annual best-of list! Plus, Greatschools.org scored many other Shrewsbury schools as 10s, including the Floral Street School, the Paton Elementary School and the Spring Street Middle School!

Next, Shrewsbury is home to a great mix of thriving commercial businesses and fabulous family homes. In fact, earlier this year, GoLocal.com released its “50 Best Cities + Towns For Doing Business in Central MA” ranking and guess who came in at an impressive #3? Why yes, it’s Shrewsbury! To rank Central Massachusetts-based cities and towns, GoLocal scoured municipal data on things like short- and long-term job growth, tax rates, cost of living and other factors to see which cities and towns had the most business-friendly environments.

On the home front, GoLocal noted that Shrewsbury has lower personal property taxes—$11.67 per $1,000 of assessed value—it stated. Not from around here? Just drive around Shrewsbury and you’ll get a good sense of how Shrewsbury has maintained its Colonial roots dating back to the days of Gen. Artemis Ward whose homestead is still intact thanks to Harvard University’s Artemis Ward House Museum located on Main Street.

Third, Shrewsbury makes for a great commute, with good accessibility to major highways like Route 290, Route 90 (the Mass Pike), Route 495 and Route 9. From Shrewsbury, many roads easily lead to your work destination—whether you work in Worcester, Milford, Marlborough, Natick, Framingham, Boston or other business hubs outside of Shrewsbury.

Fourth, Shrewsbury’s got some really great restaurants—from Willy’s Steakhouse Grill & Sushi Bar and Amici’s downtown, Deak Park Pizza on Main Street and Udupi, which, in our opinion, has got some of the best vegetarian Indian food anywhere! Of course there are many other great casual eats and upscale dining options in Shrewsbury, we just wanted to convey a little “flavor” so you could chew on this point!

Finally—drum roll please—RemodelWerks owner Joseph Kupstas is returning to his Shrewsbury custom-home building and remodeling roots! RemodelWerks is very pleased to announce that we are now conveniently located at 621 Main Street in Shrewsbury. We are here to serve Shrewsbury home owners and Shrewsbury commercial space owners’ custom building and remodeling needs, as well as commercial and home owners across the state. Contact us today for your free, no obligation design/build quote.

Also, we urge you to regularly check out our blog for more remodeling and custom-home building insight, and to follow us on Houzz, Pinterest, Twitter, You Tube and Facebook. Plus, right now, like us on Facebook and you’ll automatically be entered into a drawing to win a stay in Boston or one night and dinner for two!

So there you have it! Shrewsbury—a great place to learn, live, work and realize your remodeling and custom home building needs. We look forward to seeing you around town! 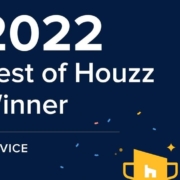 Get a jump on renovations now for the 2012 holiday season

Four Tips to Get Your Kitchen Remodeling Juices Flowing

Basement Flooring Options- Not as Restrictive as You May Think
CONTACT US!

Top Remodeling Updates to Score Big Bucks When Selling Your Home Need More Space? How to Use What You’ve Got Rather than Moving
Scroll to top